Large windmill farms have sprouted up throughout the Midwestern USA. These were photographed on a bright, sunny day with blue skies. With 50-foot blades, such wind turbines convert the wind's kinetic energy into electrical energy. They are an increasingly important source of intermittent renewable energy which reduces reliance on fossil fuels. Wikipedia: "It is estimated that hundreds of thousands of large turbines, in installations known as wind farms, now generate over 650 gigawatts of power, with 60 GW added each year. One study claimed that, as of 2009, wind had the "lowest relative greenhouse gas emissions, the least water consumption demands and the most favorable social impacts" compared to photovoltaic, hydro, geothermal, coal and gas." 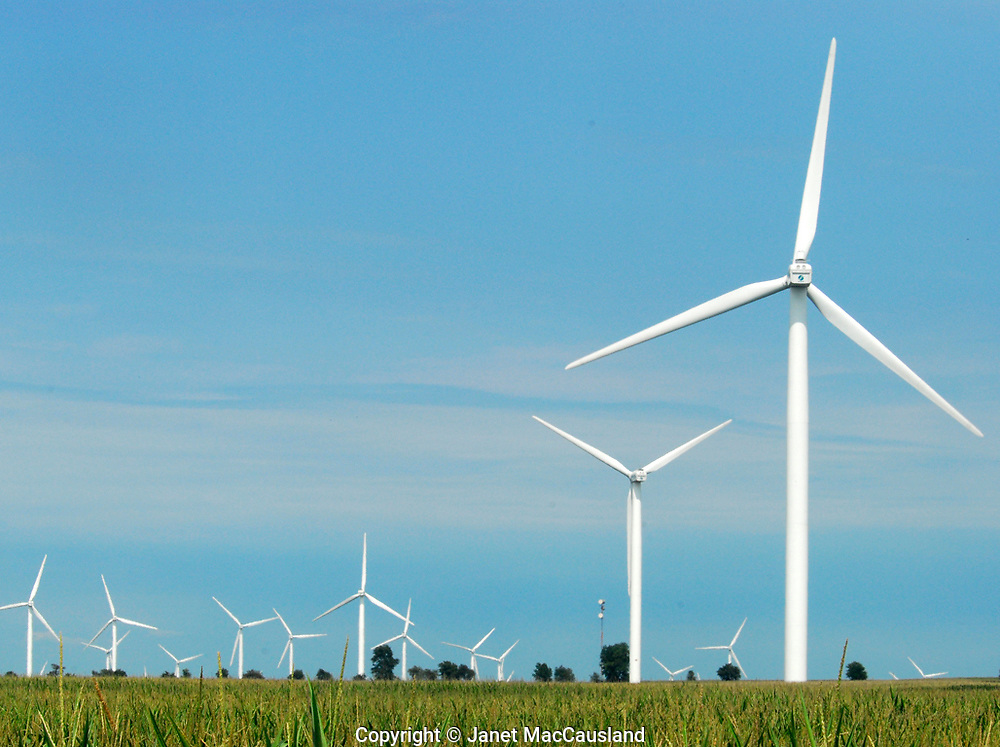