These two soaring California Condors (Gymnogyps californianus) are part of the reitroduction into the wild of an critacally endangered bird, the largest in North America. It is is a New World vulture. It was declared extinct in the wild in 1987.Stock from captive birds have been reintroduced to northern Arizona, the Grand Canyon area and southern Utah. It is the only surviving member of the genus Gymnogyps. Tracking tags can be seen on each wing. While some swans are larger, California Condors may have a wingspan of 11 feet. "There are two sanctuaries dedicated to this bird, the Sisquoc Condor Sanctuary in the San Rafael Wilderness[40] and the Sespe Condor Sanctuary in the Los Padres National Forest. These areas were chosen because of their prime condor nesting habitat." Wikipedia. They can soar up to speeds of 90 km/h (56 mph) and live for 60 or more years. Codors have no sense of smell and reley on vission to locate Carrion to feed on. Some Native American tribes killed condors to make ceremonial clothing from their feathers and each new shamn required new featers. Some believe that this contributed to the condor's decline. But lead shot was a huge cause of poisoning the population. 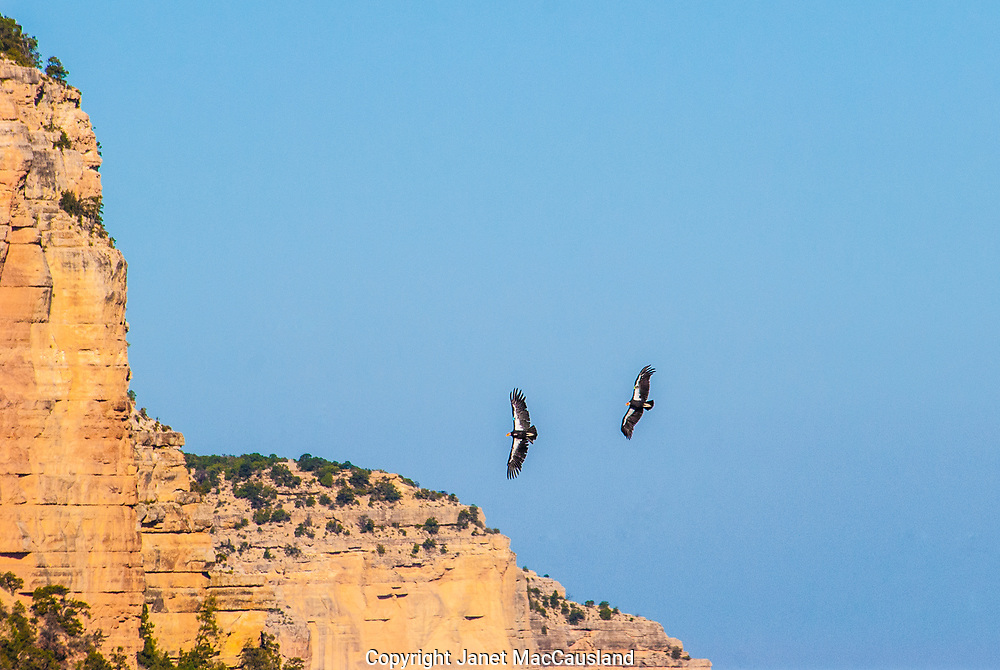